I've been drawing a webcomic entitles "Muscles Diablo in: Where Terror Lurks" and it's about a mysterious tough guy who punches monsters and stuff.

I'm posting each chapter as it's completed on my website, starting here, or you can follow along on Tumblr as new pages go up every Tuesday and Thursday. Thanks for reading!

Here's a piece I contributed to a local charity art auction/fundraiser thing: 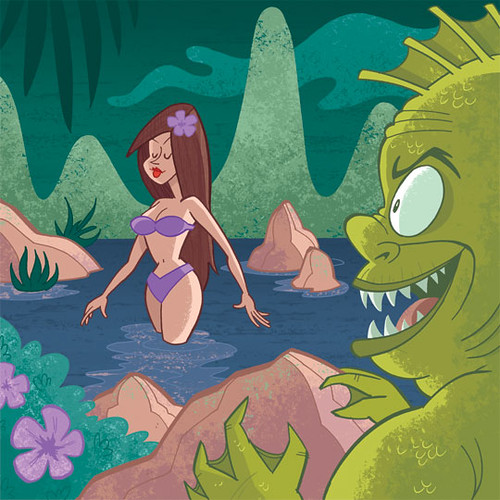 If you guys like "blogging" and seeing my artwork posted on a more regular schedule, you might want to consider following my regular blog here: http://patnlewis.blogspot.com/

I also have a tumblr set up but I haven't started using that yet, and I'm not sure if I ever will. I'm also not completely abandoning this LJ, either, but for the foreseeable future, that blogspot should be the best place to see my stuff and keep up with what's new in the world of Pat. Thanks everyone! 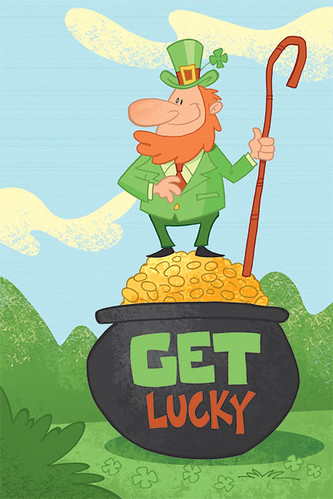 So it turns out my guess was wrong! Punxsutawney Phil didn't see his shadow today, which makes it only the 16th time since 1887 that he's predicted an early spring. Still, this is how I imagine it goes down most years: 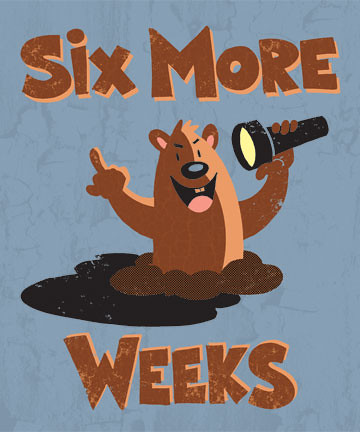 Valentine's Day is just around the corner! Have you ordered your chocolates and flowers yet? 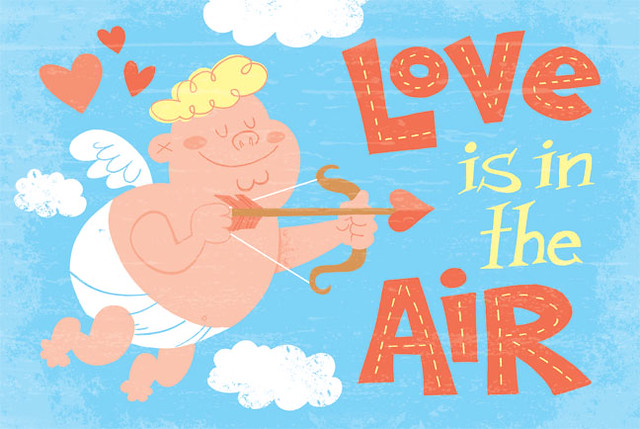 I'm not sure how many people read this who aren't part of the illustration community, but there's this little exercise called "Illustration Friday." Each week, a one-word topic is given, and anyone who wants to participate has a week to draw something on that subject. I haven't done it in a while, but this past Friday's topic was "chicken," and I couldn't resist. I did my entry as a fake spread from a proposed picture book about the old crossing-the-road joke.

To those who might be curious: the last time I posted here--over a month ago--I was about to embark on National Novel Writing Month (NaNoWriMo for short), a mad sprint to write a 50,000-word novel in 30 days or less. I am here to say that I successfully completed that goal!

November is National Novel Writing Month (or NaNoWriMo for short), and I'm going to be participating this year. If you're unfamiliar with this, it's basically the same concept as 24-hour-comic day: The idea here is to write a 50,000-word novel between November 1 and November 30, and (like doing a 24-hour comic) it's designed to help people get over that "I'll do it someday" mentality.

Looking around the official NaNoWriMo website, it seems like a lot of people just do this for fun or bragging rights, writing fan-fiction or other stories that they don't really expect to publish. My goal for the month, however, is to create a first draft of a publishable novel (although you need 50,000 words to "win" NaNoWriMo, I'm hoping to hit closer to 75,000). When the month is up, I'll keep working on it, revising it, and hopefully be done polishing it sometime next spring/summer at which point I'll start looking for an agent.

More than anything, though, I'm hoping I'll find this a satisfying experience from a creative standpoint. While I love making comics, my interest right now lies mainly in longer-form stories, and it's a huge time commitment to write and draw an entire graphic novel--plus, they're difficult to edit if you think up new/better ideas midway through. So I hope writing the novel helps scratch that itch for writing long stories, and that in turn will free me up to do a lot of shorter comics instead.

I don't necessarily want to give away too much about my novel just yet, but I will say that I'll be writing a detective story called "The Guilty Punch Hardest" and it's set here in my hometown of Pittsburgh. If you follow me on Twitter or Facebook, I'm sure I'll be posting progress updates as the month unfolds, so consider this a heads-up as to what I'm talking about. If it gets too annoying, well, November is just 30 days long.

So: This is my public declaration of intent to do this thing. Hopefully by talking about it here, I'll feel more accountable and that'll help me reach my goal. If you're doing NaNoWriMo this year too, post your user name in the comments (mine is patlewis) and I'll add you as a friend. Wish me luck. I'll keep you posted.

One thing that exists in Pittsburgh is the Toonseum, which is a museum in the cultural district downtown dedicated to comics and animation and other cartoon goodies.

Every year they have a big fundraising party called KA-BLAM, and this year I was asked to draw the poster for it! This year's theme is "The Return of Saturday Morning" so I did my darndest to capture the spirit of 60s/70s/80s Saturday morning cartoons, without using any copyrighted characters. Here's what I came up with: 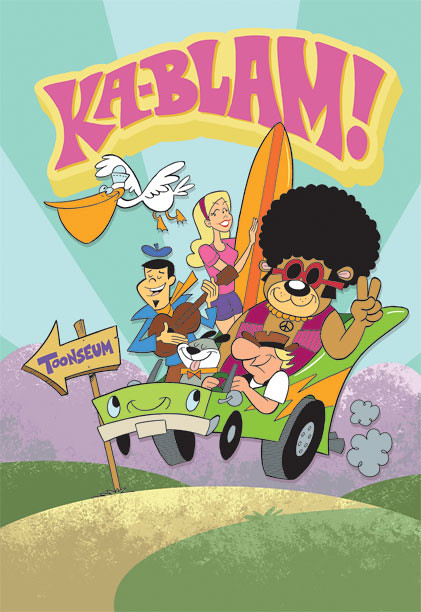 If you are going to be in town on November 6 and want to attend, you can buy tickets for this gala (which will feature special guest Carroll Spinney, a.k.a. Big Bird and Oscar the Grouch) at ka-blam.org.

So, it's October! Here's my Halloween-themed postcard I designed. 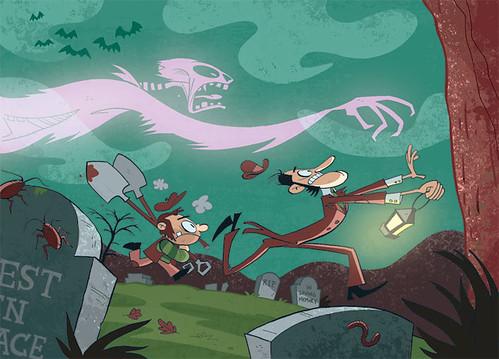 Also, I wanted to let you know that I put the newest issue of CRAGMORE up for sale in my store, and marked down prices on a bunch of older stuff, including THE CLAWS COME OUT and size XL and larger t-shirts! Fat guys rejoice!
Collapse